Let us join together to extend our hearty congratulations and Lord's most choicest wishes and blessings for the Indian Army to bestow all success and prosperity for the Indian Army for the unparalleled humanitarian and noble service that they have showed in rescuing the five year old kid that got entrapped in a sixty feet deep pit, purportedly created for the sake of irrigational purposes.

It has been an arduous ordeal and a miserable almost meet with the death for Prince (as he is called; who is a five year old kid from a small village in Gurgaon) since Friday night when he was entrapped in a sixty feet deep pit. The police, as usual, came and saw it but were blinking and ran away. The Fire and Rescue Services were indeed surveyed the entire area and they openly accepted that it should be a herculean task and sought Indian Army's Help. Without delaying further, it was an extra-ordinary humanitarian gesture from Indian Army, without caring about food or rest for thier soldiers that they worked untiringly for about forty eight hours, tunnelling from an abandoned well nearby to the pit where Prince was entrapped. At about quarter to eight yesterday, a soldier reached Prince and brought him up.

It was interestingly Prince' birthday yesterday. Let us take this occasion to greet Prince 'Many Many Happy Returns of the Day' and we also need to pray to the Lord to shower His most choicest blessings to Indian Army so that they get the most choicest prosperity and victory throughout thier life and career.

Parallely it is an appeal to the Government of India that they need to consider Indian Army for more privileges. They lay down thier lives for the prosperity of the nation but the families of Indian Army are almost treated with step-motherly fashion. A brief survey in Chennai alone reveals that pays, perks and promotions in Tamil Nadu Police, Fire Brigage, Tamil Nadu Electricity Board and including pensions are very high but Indian Army folks get too meager. While they are more concerned with the national pride and service to the nation, it is our duty that their families get more comforts and care from us.

I remember that there was a chapter in Tamil Nadu State Board Syllabus in tenth standard authored by Kalaignar M Karunanithi entitled 'Kodi Naal' which emphasizes the need for us helping our fraternity and thier family in Indian Defence Forces. I still remember those lines which goes like 'Our brothers fight in borders and keep us secure. It is our duty to ensure that we help thier kith and kin comfortable within the states.' To extend this further, Indian Army has demonstrated a more great service by time and again helping us in our internal problems too. 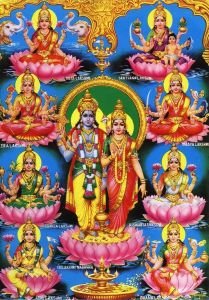 We are highly indebted to Indian Defence Forces. Let us salute them and pray for thier success in all quarters.

Hey depak...nice to see another good ... appreciating blog frm u..
Indian Army shall be proud about ppl like you who are closely monitoring their activities and making mass aware of it....