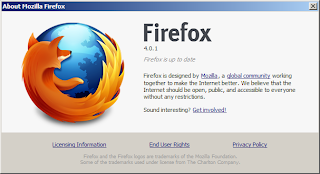 After a sojourn with Chrome, I am now using Firefox again in its 4.0.1 version. Why is this change again? The reasons for this migration are:
The only drawbacks I see in Firefox currently are: