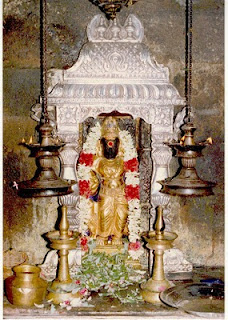 I was going through a few episodes of Mahima Shani Dev Ki and 29 October 2011 episode is a very enlightening episode which is apt to these days where promiscuous relationships are not uncommon.

Some of the quickest and subtle facts that contribute to the uncontrolled lust are:


None of these factors are going to persist before the Law of Nature and the Universal Justice. You can check out the episode where the Moon was kicked and chased like a dog being stoned on the streets and finally cursed before the Lord to eternally suffer the 'waxing' and 'waning' phases.

So the next time there is an lustful 'impulse' that triggers within you towards some one in an attempt to 'betray' your legitimate partner, be wary that your actions are being accounted for. And Chandrama is going to serve you as a good witness and standing testimony of his mis-deed towards his Guru-patni.

Besides this, 'The Beautiful Hell' will also ready a 'Sweet Well' with 'fragrances of different flavor' exclusively designed for you. The well is called 'Puyodakam' (in Sanskrit). For more details on hell's offerings, check out here.
at February 12, 2012