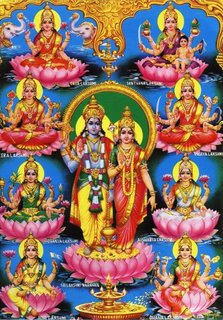 Every year, as you flip channels through any newspapers during March to May, you can find any jewellery shop placing mostly largely sized ads that invite people to buy jewellery and with promising options like 'No Service Charges, No Wastages' and promising 'exchange old good for new one' etc.

So whatz all these hype about Akshaya Tritiya?

Significance A good deed on this day would earn a lot of credit (punyam) for ages for the doer. People are very eager to make investments, start new business ventures on this day. Some scholars also debate that the day is so good that even weddings can be conducted on the day without much and deep consultatations of the almanacs.

Background There are several background information for the greatness of Akshaya Tritiya. The most commonly discussed ones are compiled and presented below for readers' quick reference:

Really good post. Never knew the significance of Akshaya Tritiya.
Thanks to you.. :)

Sad part of this being the commercialisation on this day. Every jewellery shop owner uses this as an excuse to lure customers.All they do is entice customers into buying ( they somehow fix the rates that they "appear" to be lowered, while the truth is far from it.)gold.

The significance of the day is lost, because of this. Unfortunately till now i had been under the impression that Akshaya tritiya is the day for buying gold.
Who knows how many others like me are out there, without realising , the true importance ?